This page contains links to files in pdf format. Click here if you can't open these files.

February has been a bit of a dismal month for us, with rainy and windy weather putting many people off riding. The Wednesday Riders did manage 4 rides in February, but as ever on a good day we can get a turnout near to 30 or more and on a poor day this can dwindle to far fewer hardy folk.

We started the month on 5 th February, with a ride to Susan's Coffee Shop in Drury led by Mari. With a big turnout of 33 riders we were glad to take up the excellent soup and sandwich deal. Due to the numbers various other people led riders out and back and the day stayed mostly dry for us. Susan's is always a popular venue where there is plenty of room for us and our bikes.

Wednesday 12 Feb was a dull day, following overnight winds and heavy rain so just 17 people ventured out for Dave Webb's ride to Grosvenor Garden Centre. 2 groups travelled to lunch and made it safely home battling either blinding sun or wind! On the 19th February, the lunch venue was The Railway Inn at Meols, again a drizzly sort of day but 3 groups ventured out with 2 groups even leaving early at 9.30 for a longer ride. Lunch was an unusual but welcome variation on the normal theme with a curry being served.

Our final venue for February was the Nags head in Lavister led by Ian. Once again, the weather was horrid in fact Merseyside CUK cancelled their ride. Just 10 hardy souls made the start which was slightly delayed due to weather and flooding and M53 closure which had diverted all the morning traffic onto the A540 slowing it to a snail's pace. Sun, wind and rain were pretty much the order of the day, so sandwiches and chips were gratefully received when the lunch venue was reached. 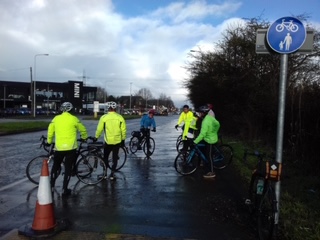 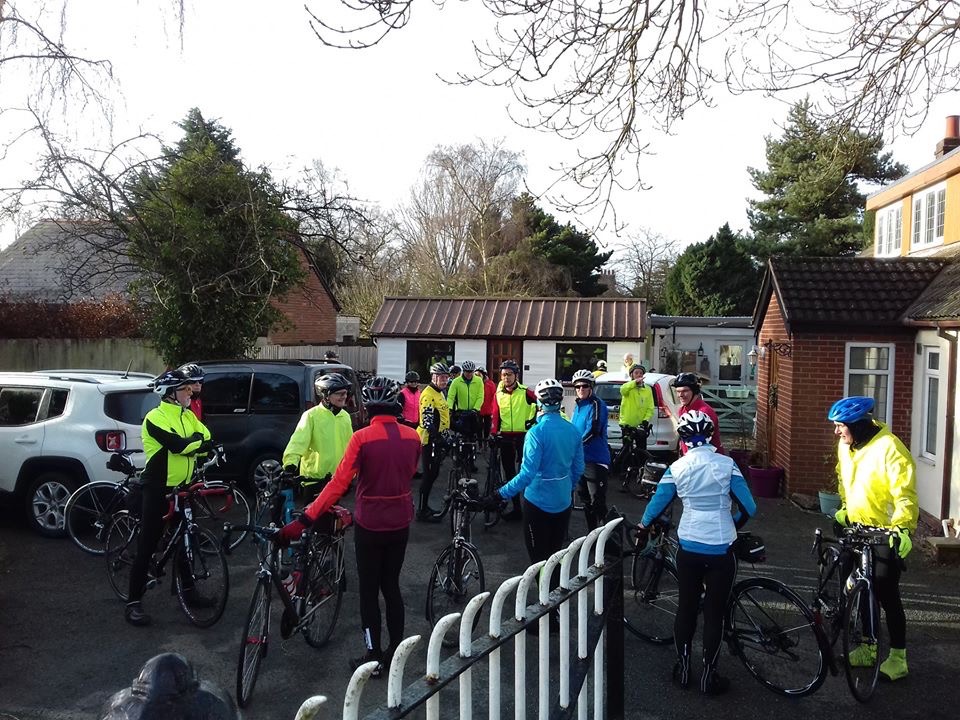 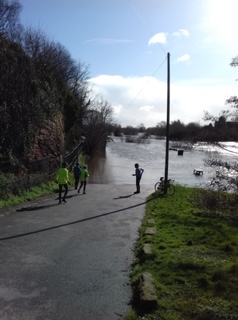